I am sorry for my Korean and English too.

It took me two and half hours to reach to Korea University from Chungju (충주). I was excited to see all the castings, especially Jen Selter since I won the chance to take a photo with her. (나 사진당첨돼). The free samples were nice but not that generous. I do thank for the free samples, Monsterzym. The seatings were not terrible and I was amazed that I saw 한고은, she is a goddess. Before the show began, the interview from Chinese people was like WTF, bad translation and no one cared. The show began amazingly and the music was probably the best part of the show. Jay Park rocked the night and he probably was the best performance. Kai Greene had too little time and same with Jen Selter. 강경원 did not even show his body, he barely did anything. The women of the performance were absolutely gorgeous. The show felt really short but for 5,500 won I think it is a fair price. It would have been better if there were more Q&A time for Jen Selter, interviews from the Korean women athletes, and more posings from Kai Greene and 강경원. 황철순 was the man, he became my man crush.

This is my rant. Before I entered the arena, I asked at the information booth about the people who got selected for photography chance or lottery or whatever. They told me that they will announce at the end of the show. That is what I did, I waited for the show to end. Someone did announce to come front of the stage to get their pictures taken. It was a shit storm with people rushing to the front of the stage to take pictures and selfies with the stars. I waited because I thought the guards and the crew will eventually tell people to go away and it is time for people who won the chance to take the photos with the stars. BUT THAT NEVER HAPPENED. I even asked one of the crew members, what should I do and he said just wait in front of the stage. As people started to disappear, and it looked like the stars were leaving. I had a bad feeling about this. EVENTUALLY, THE MANAGER ANNOUNCED THAT SINCE MOST STARS LEFT, THE PEOPLE WHO GOT SELECTED SHOULD TAKE A GROUP PHOTO INSTEAD AND I WAS LIKE ARE YOU FCKIN SERIOUS? THE FUNNIEST AND EVEN WORSE PART WAS THAT THE POSTER WAS MESSED UP, THE POSTERS DID NOT FEATURED ANYONE ON THEM. This was complete joke. The guards suck at translating and doing their job. The person who should have got the posters right fcked up. It was a complete mess. So some people gave up and took the group photo and left, I did not take the group photo.

But then, god listened to me. Three other guys and I were just chilling and waiting, I guess cause we were in shock how terrible Monsterzym managed. After waiting, some other manager I guess told that Kai Greene was changing and he had time to take photos with the four of us. I was like oh shit. But Jen Selter left, who I was originally supposed to take picture with. It felt like 꿩대신닭 but better cause it was fckin Kai Greene, The Predator. So me and three other guys went backstage and got our pictures taken and even got some autographs. (I brought the pen just incase because I thought we were getting autographs on the posters but that failed)

Overall, I would like to say I enjoyed the whole show, it wasn't bad at all but seems like a novice show. I can see there can be a bright future for fitness festival in Korea and I 100% support Monsterzym to continue. But like the last time at G.T. and at the end of the festival, Monsterzym does not tie up its events well, in my personal opinion. If Monsterzym wants to succeed on their events, then they should plan their events more thorougly and carefully. I would rate the festival 6/10 but Kai Green makes it 11/10. Kai Greene is the most humble gentleman on this planet. 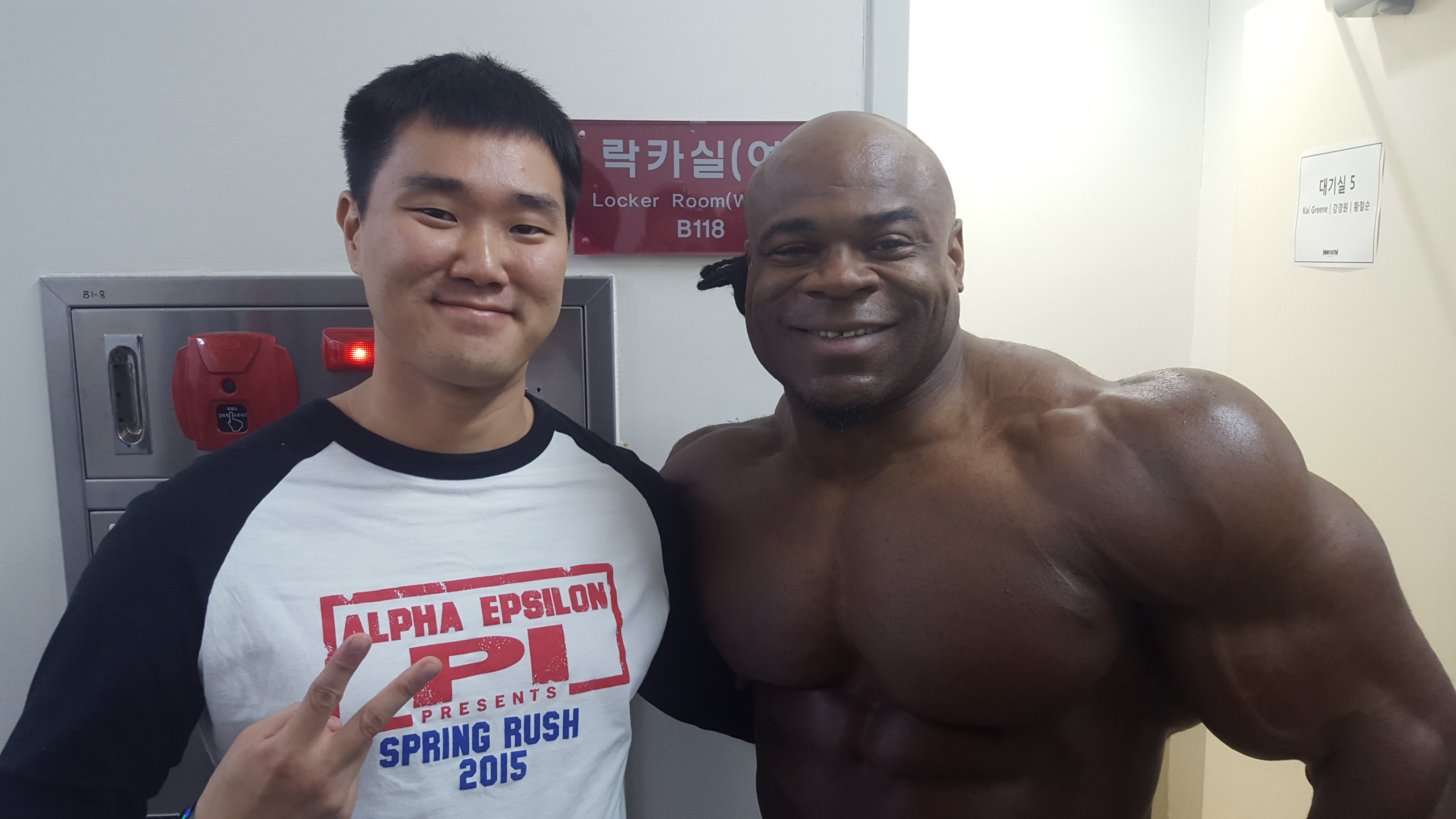 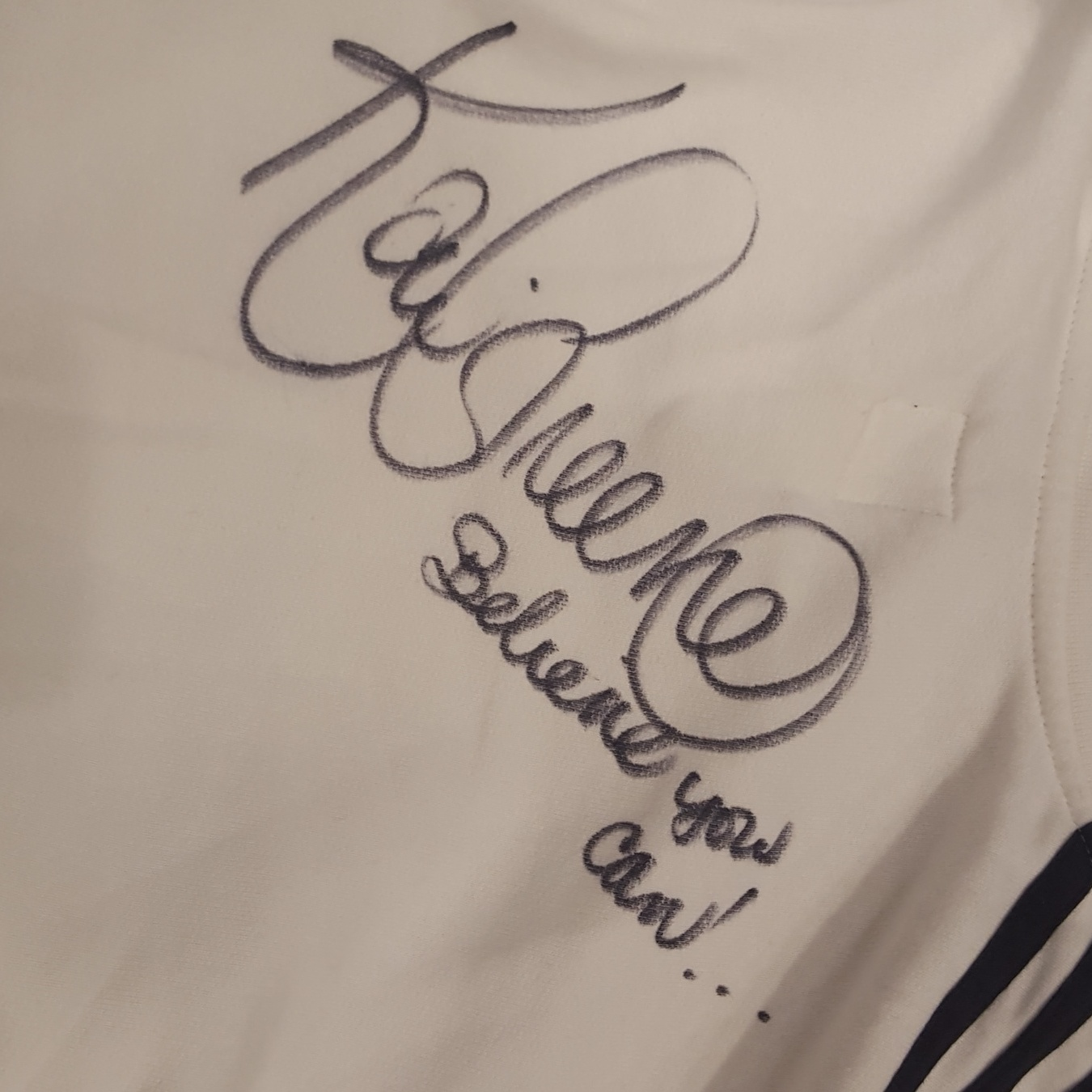